Super Robot Wars X (スーパーロボット, Sūpā Robotto Taisen Ekkusu?) is a game developed by B.B. Studio for the PlayStation 4 and PlayStation Vita released on March 29, 2018 in Japan. The game was subsequently released in English for Southeast Asia on April 26, 2018. It is the second Super Robot Wars game to feature CROSS ANGE Rondo of Angel and Dragon.

Scenario 6: From Another World

The Megafauna encounters Dragons arriving through a singularity. After defeating some DRAGONs, Ange in her AW-CBX007 (AG) Villkiss and Vivian in her AW-GSX232 (VV) Razor both arrive. The player character explains that their machines are Para-Mails and that the people riding them are Dragon hunters, Ange suggests they are outsiders as they consider Vivian and her to be people.

When Vivian attacks a Dragon, she says that Ange's super fun. Tagging along with her was a clever idea. It's pop quiz time! "Where will this thrilling roller coaster of a fight end? And will it have the loop-de-loops?"

When Ange attacks a Dragon, she states that she's extremely pissed off right now, so she'll use the dragon as a way to vent.

When Wataru Ikusabe's about to attack a Dragon, he says that you can't spell Ryujinmaru without Ryu. He's not going to lose to the Dragon. Ryujinmaru cheers up Wataru and tells him to stay strong.

If Shibaraku Tsurugibe attacks a Dragon, he's going to kill it to woo the ladies. Shibaraku boasts that he'll make it taste his blade.

If Catherine the tank attacks a Dragon, Hanson's surprised that the tank's going to take on a Dragon in real life. Grandis Granva tells him to get his act together. Catherine can handle anything because she's Grandis's pride and joy. She orders the dragon to strap in because this tank's going forward. Samson exclaims that Catherine will charge in! Hanson adds that the tank will go full speed!

If a Dragon attacks Sho Zama in the Dunbine, Cham Fau warns him that a monster's heading his way. Fighting a dire beast is different compared to fighting a Dragon. Sho will have to charge in, as there's no room for indecision.

When Bellri Zenam attacks a Dragon, he's surprised that he's facing off against one even though he knows he's in another world. His complaining won't change anything at all. He'll grit his teeth and do a bit of dragon-slaying!

If Aida Surugan attacks a Dragon, she'll note that fighting a monster is different compared to fighting a Mobile Suit. She will not appear flustered! She will fight with all of her strength.

If Masaki Andoh attacks a Dragon, he notices that the Dragons are outsiders to Al Warth like him. If they'll fight, Masaki won't show them any mercy! Masaki will make the Dragon say their prayers!

Once the gang takes down one of the Brig-class Dragons, Shibaraku observes that one of the big guys has been laid low. Wataru tells the group to keep it up. Ryujinmaru warns the group of another sudden portal.

The Enryugo and more Dragons show up, hoping to destroy the group of robots right here. Vivian says that there's more Dragons. Ange notices the Enryugo and asks if the red Para-Mail's commanding the Dragons. A confused Grandis asks about the Enryugo's identity, but the Protagonist has no clue at all because the Enryugo's not in the Keepers' records. Wataru's shocked that there are things that the Protagonist doesn't know about. X-Cross may not know what the pilot's after, but Aida can come up with some theories if the pilot attacks the group. The group must fight it out, then.

The Red Para-Mail and its pilot seems to be interested in Ange and the Vilkiss. Ange tells Vivian that she'll handle the Enryugo. Ange says that the pilot will die soon. Ange won't hold back if the pilot tries to take Ange's life. The mysterious pilot urges Ange and the "Bilkiss" to come after her.

If Vivian fights against the mysterious pilot, the mysterious pilot realizes that Vivian's a Dragon just like her. Vivian thinks the Enryugo might be tougher than your typical Dragon. The pilot must fight in order to prevent another misfortune from happening again.

Once the group beats the Enryugo, its pilot reveals that they came here to observe, but they've learned plenty of interesting things, such as Wataru. Wataru wonders if the Enryugo is staring at him and Ryujinmaru. The Enryugo attempts to flee, but the Vilkiss chases after it.

The Discord Phasers activate, sending Ange and the others off into the Buddy Complex world. Ryujinmaru knows about this sensation already, so Wataru asks him. Spero wonders if the world's breaking apart because of the Discord Phasers.

Back on Al Warth, Cumpa Rusita and Embryo meet in Embryo's personal office. Embryo senses the Discord Phasers going off, causing Cumpa to ask if everything's alright. Embryo says that Cumpa shouldn't be concerned. It appears something slightly outside of expectations has occurred. Cumpa hopes that something outside of expectations wasn't an accident. Embryo doesn't know how things will play out, so he hopes this will alleviate his boredom. Cumpa theorizes that boredom leads to decadence, peace lead into depravity, and both lead into the decline of the human race. Embryo agrees with Cumpa wholeheartedly and thanks Ende, God of Wisdom, for arranging this meeting. Cumpa also thanks Ende for this meeting. 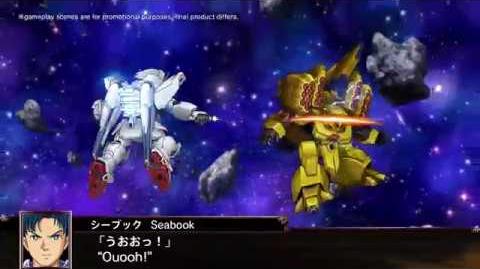 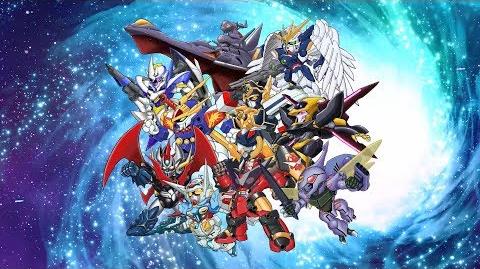 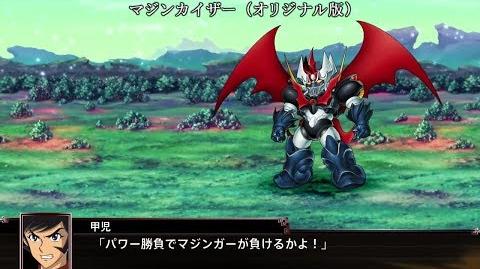 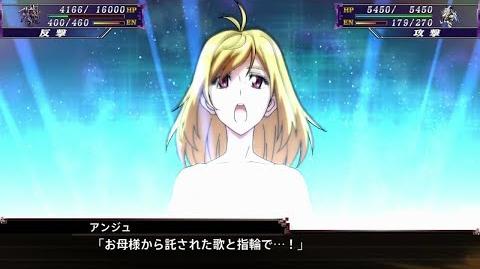 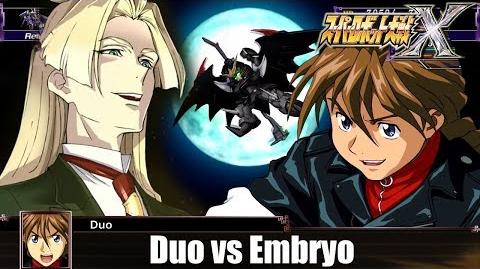 Retrieved from "https://crossange.fandom.com/wiki/Super_Robot_Wars_X?oldid=25387"
Community content is available under CC-BY-SA unless otherwise noted.